There has never been a better time to discover Canadian wine! From coast to coast the excitement for our homegrown grapes is building. Savvy Wicked Wines connects you with the very best from small wineries across this big and beautiful land, and hand delivers them to you.

These are hard-to-find bottles you won’t see at the LCBO or in your local wine shop – you can only get them through the winery. They are small-batch hidden gems direct from the tasting room to your table and, like so many good things, are gone before you know it.

Each month we’ll feature a different winery and its winemaker. We tell their story and what makes their wines “wicked’. Our team of Savvy Sommeliers taste the wines and share their tasting notes, along with mouth watering recipes.

A subscription to Savvy Wicked Wines delivers world-class wines made in Canada arriving at your home or office each month.

Fall in love with Canadian wines, one winery at a time.

Benefits of being a Savvy Wicked Wines subscriber? Many!

– No membership fee
– Enjoy hard-to-find wines made in Ontario
– Access to a wide variety of wines from different Ontario wineries
– VIP invitations to wine events (online & in person) plus special discounts to all of our Savvy Events
– Convenience of  Canada’s finest wines delivered to your home or office…or even to your cottage in the summer!
– Share comments about your wine finds & wine industry news with other subscribers on Savvy Wicked Wines Facebook page.

What is the cost?

Just as you shop for wine at a store, the amount you pay is different each time.  With Savvy Wicked Wines your credit card is billed for the exact price of the wines.  Each month, the cost ranges from $65 to $90 per month plus shipping. As an example, when Vineland Estates was the featured winery, the three chosen wines were:
– Vineland Reserve Brut VQA 2013 – $24.95 (periodically we will feature a sparkling wine)
– Vineland Pinot Gris VQA 2013 – $16.95
– Vineland Elevation Cabernet VQA 2012 – $25.00

Savvy Wicked Wines subscribers were billed $66.90 for the wine and approximately $15 -$20 shipping (depending on the address).

Please note – at present, we are able to deliver Savvy Wicked Wines to an address in Ontario only. 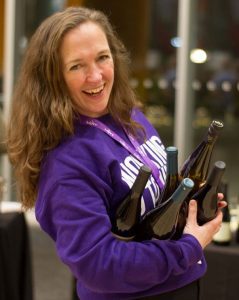 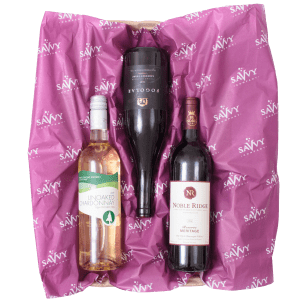